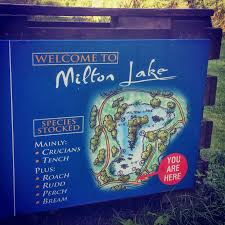 04/05/14 – The long awaited bank holiday finally arrived and I planned on fishing for the large Crucian carp & tench that inhabit Milton lake on the Burys Hill fishing complex in Dorking.

I choose to fish with the pole for the session leaving my rods at home and ensuring that my bait presentation was perfect. I used a size 18 spade end wisper barbed hook tied to a 1lb hook link and a small pole float weighted down so that only the tip was visible making sure I would hit any sensitive bites. After settling in peg number two of the lake I proceeded to bait up approximately five metres out to the edge of some reeds. One caster was pierced on the hook with a scattering of casters and hemp over my float once it had been lowered into position. 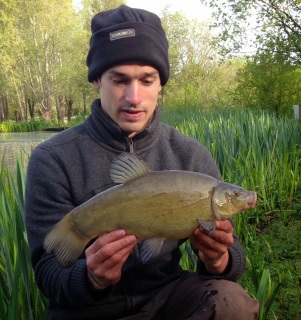 It didn’t take long before the float disappeared and my elastic shot out of the pole. A great fight commenced and I netted a scale perfect tench of around 2 – 3lb. This was a great start to the session but it didn’t continue and I struggled to get another bite for the rest of the morning. Jamie and I decided to head into the cafe for some deserved breakfast at around 11am and continue our fishing in the hope of a large crucian in the afternoon. Jamie had got of to a great start with three crucians in the bag already including two specimens at around two pound.

After filling ourselves with a large english fry up it was back to the lake. As the day passed I managed another two tench but still no crucians had fallen to my delicate tactics. I had tried every trick in the book and moved swims twice to find the fish but it just didn’t happen.Towards the end of the session I managed another nice tench and lost a common carp of around 6lb that snapped my light hooklink. I actually witnessed the carp take my caster as I floated it above its head. They say there are no carp in Milton Lake!!!. This snap off concluded the end of the session and it was time to go home. I was slightly disappointed not to catch some nice crucians but I did manage five tench and some small perch. It was great fun on such light tackle and the tench really did pull hard. 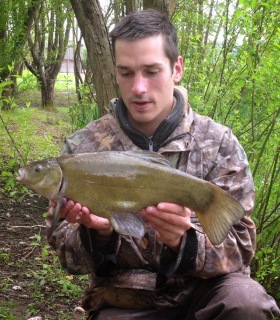 Its been a while since I had been to Burys Hill and am pleased to report that it is still a very well run water and a great commercial fishery. The fish were all in excellent condition and not one had a deformed mouth or sores which is a rare occurrence these days on pressured commercial fisheries. The swims were well kept and no litter was present making it a nice place to sit amongst beautiful surroundings. It was also ideal having all the creature comforts  located within walking distance including clean toilets ,a well equipped tackle shop and cafe to cater every need. I will be back this week to try and catch my main target crucians from Milton lake and then I will be of to the home of the monster crucians, Marsh Farm.