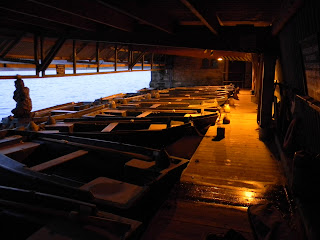 28/02/11 – For my brothers 27th birthday I decided to take him to Blenheim Palace in search of a monster pike. The lake is stunning and at 40 acres quite daunting to say the least. Historically the lake has produced pike to 37lb and other 30lb + fish have been landed but it is by no means easy and we didn’t expect to catch but just enjoy the scenery in this stunning location. Blenheim Palace is in the heart of Oxfordshire and was the birth place of Winston Churchill.

As it would take us two hours to arrive at our destination we were up a 4am and raring to go. The trip down was relatively quick and we arrived at dark and to a cold dawn. The Palace is a stunning structure and is was a great place to fish. After walking around for half an hour trying to find the location of the boat house my brother asked an early walker with her dog where we should be heading. We were directed to the boathouse by who could have been a royal family member as she seemed disgusted that we “wondered” if she new the location of the boathouse as she explained that she lived there!!!! 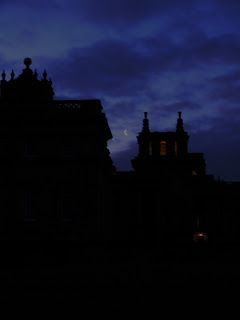 It was bitterly cold and as we headed out from the boathouse (pictured above) we settled in a swim and cast two dead baits out from the boat. I decided to try fishing with worm on the other rod for the perch and John tried a spot of lure fishing. From the first sighting of a single magpie I had my doubts about how productive the day would be.
On the third cast John was snagged and lost his lure to which I then nearly followed when reeling in my dead bait but luckily managed to pull it free. The wind picked up and it must have been minus one out in the open water.
We decided to head to the bridge the crosses the lake and try there but when we arrived after working out how to row the boat we realised the water was only a foot deep and so headed to the far inlet opposite the boathouse to try our luck. 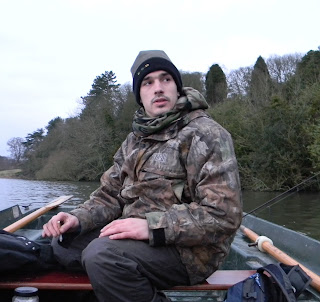 Three or so hours later and another lost rig snagged in the deep water we were beginning to think we had gone insane even going out on a boat in this weather. We were the only fishermen on the whole lake and this proved why. It was decided to fish one more swim and then head home. Our fingers were literally numb and the wind was ice cold. To add to our problems John had left his boots in the car and his trainers were proving unsuitable for the job. As he danced around the boat in an attempt to warm up with dog walkers thinking that we had lost the plot it was time to call it a day. The anchors were pulled in and we set of to the boathouse feeling sorry for ourselves. 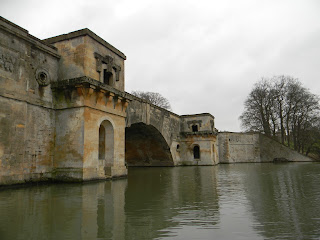 Although the day was not productive it was great to fish this amazing lake in beautiful scenery. Its was agreed that we will be back to fish for the tench when the weather warms up. After nearly running out of petrol on the way home we were back ….. at 1.30pm just in time for lunch. Maybe if we had been persistent we might have winkled out a fish but to be honest in the conditions I didn’t want to find out.